Published in the July/August issue of Rhythms magazine. Excerpt below.


WALKING ON
Lloyd Spiegel Is Celebrating Twenty-Five Years In Blues With A Career Defining Live Record
by Samuel J. Fell

The blues is our mother / Don’t forget it brother / It’s been having sex with the world for a long time…
- ‘The Blues Had A Baby’ (Brownie McGhee), Lloyd Spiegel Live, 2001

Time has a way of slipping by. And yet it doesn’t seem that long ago, a few months spent on a cold mountain in that odd year of our lord, two thousand and three, fuelled by cheap bourbon and cheaper smokes – me, working bars looking for money and a sense of self, him playing music looking for much the same, just different ways of going about it.

We became friends that year. I bought a CD, he signed it for me. He called me The Enemy, just starting out in the music writing game as I was. I called him Lloyd. He would have been around twenty-four then, a year or so older than I but with a wealth more experience, a wider world view, his metaphorical tote bag, after only a quarter century of use, already frayed around the edges, full to bursting with the flotsam from a life lived on the road, immersed deep within the hallowed confines of the blues.

Lloyd Spiegel was, to borrow from one of his song titles, a long way from heaven at that point in his life and career. By then, he’d been a musician, amateur and professional, for some fourteen years, and despite the fact his nightly shows, tucked over in the corner of the Buller Bar atop that cold mountain, were raucous and bawdy, I thought he seemed jaded. I wasn’t sure how one could be jaded at such a young age, and so I suppose I just pushed that thought out of my head and filled up on beer and just dug what he was throwing down, what I’d seen him throw down in various venues around Melbourne prior to our stint up that hill. 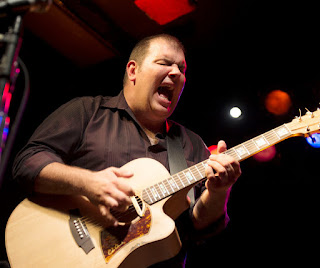 The CD I bought was his 2001 live record, Lloyd Spiegel Live, recorded at the now defunct Continental in Melbourne in early October, 2000. When I asked him to sign it, I was vaguely embarrassed, but he was happy to do it.

He wrote, in his scrawly handwriting: Sam, blues is truth, keep the faith, and signed it, an unintelligible scribble. Then he smiled and turned back to the bar where Joe would have been making audacious cocktails and probably ordered another bourbon before ambling back to the tiny stage in the tiny corner to sing his gargantuan blues in his gargantuan voice like he had no other choice.

And to be honest, at that point in time, he probably didn’t. And yet he knew it was the truth, and so the faith was just an extension of that, doing the only thing he knew, regardless of time and place. It really doesn’t seem that long ago.

This road’s no friends of mine / I spend all my money and waste a lot of time / Driving my car straight into the ground / I don’t think she’s gonna make it, but I can’t turn ‘round / It’s a long way from happiness / I’m a long way from tears / A long way from heaven, now / And there ain’t no angels in here…
- ‘Long Way From Heaven’, (Spiegel) Timber & Steel, 2006

Almost exactly twelve years later, we’re sitting in the sun on the balcony of my hotel room in Broadbeach, a few clicks south of Surfers Paradise in south east Queensland. We’re seven floors up, so the traffic drifting languidly along the Gold Coast Highway below is relatively muted. The occasional tram glides by. Jupiters Casino is clearly visible across the way.

I’m still smoking cheap cigarettes and drinking even cheaper coffee. Lloyd is sipping on a can of Coke and isn’t feeling well, but he’s happy, the happiest I’ve seen him in a long time. And he’s been here a long time. There can’t be many musicians around who, at 35 years old (36 by the time you read this), are celebrating 25 years in music. For that’s where Spiegel is at, and it’s not something that’s lost on him. 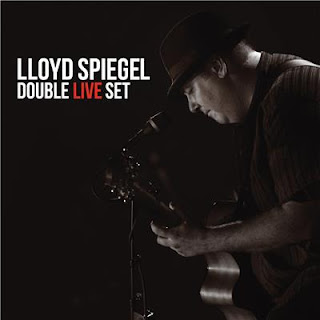 “I do, I do,” he says with a smile, when I ask if this is something he thinks about. “I don’t remember not being in it. The transition from amateur to professional, or kid blues player to adult blues player, was so gradual. I still kinda feel… because the people I grew up watching are still around, and they’re my peers now. But I don’t feel that way. I still feel like a little kid around them.”

“So I think there’s a sense of Peter Pan about the whole thing,” he goes on with a laugh. “I still get up on stage with Chris Wilson or Geoff Achison and feel like a little kid. So I do think it’s been a long time, but I still don’t feel like I’ve entirely made that grade of adult blues player.”

He smiles again. “Until the youngsters come and call me Mr. Spiegel. That’s when I start to realise this has been a long time, and I’m fortunate to have done [it].”

There have been times, over the past 25 years, where Lloyd hasn’t wanted to do it. This is no surprise, everyone has slumps, everyone feels flat from time to time. I mention to him how I thought he seemed jaded back on the hill, and we talk about the years prior to that, his formative years, the times which formed this man, sitting in front of me, short hair and black t-shirt, into the highly regarded player he is today.


“The unique position it put me in was I got to see how jaded musicians can be, from a very influential place and time in my life,” he muses. “So it was something I swore I wouldn’t do, [but] I’ve had moments where I’ve done that, I’ve become that jaded artist.”
... 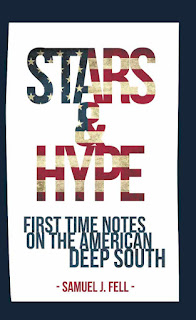 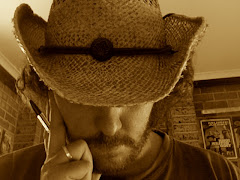